Back to the Bones, new Haze studio CD out 4th July! 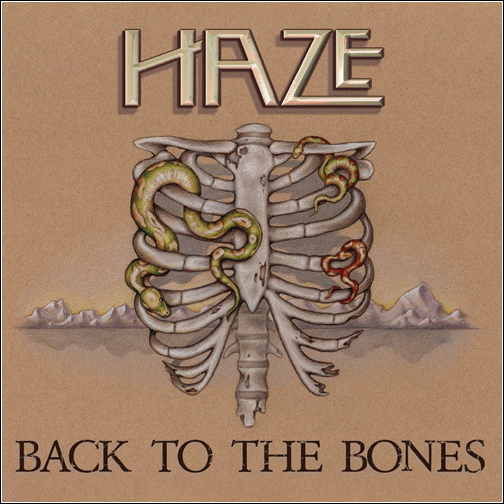 Finally, the wait is over! Haze release a new 10 track studio album on Saturday 4th July. Produced & engineered by Danny McMahon at home & in Cellar Studios the CD features all original compositions.

The first 100 orders come with a free double DVD of our 20th anniversary show at the Boardwalk in 1998, and our Christmas show there the same year, videoed by John Moorby & digitally enhanced by Jon Dunnington.

The album is also available as a digital download/streaming from Bandcamp, as well as all the usual places (itunes, spotify, etc, etc) 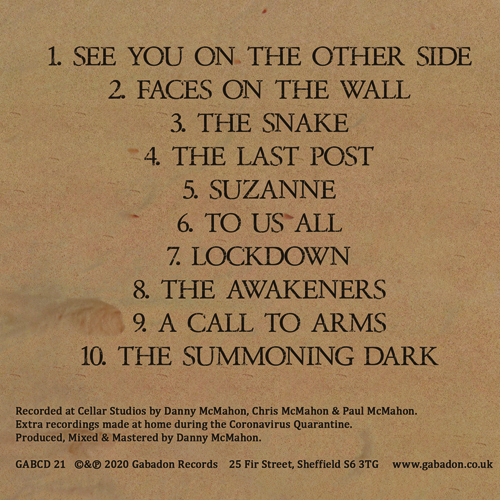 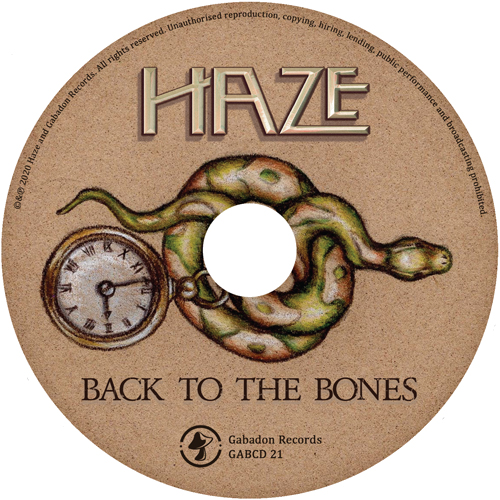 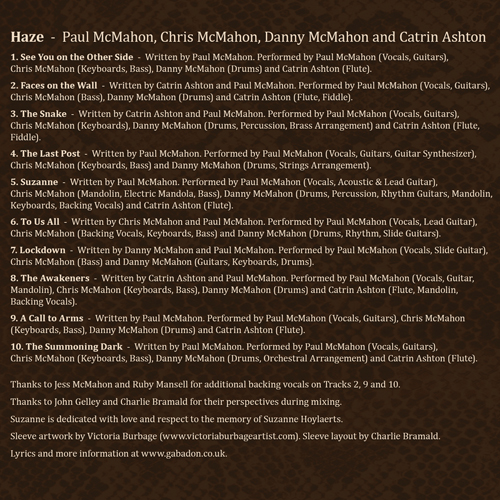 See You On The Other Side (P McMahon)

This is the first of a thousand miles, headed out in the world a while the diesel roar.
Here where the land and the sea collide, we are sailing against the tide to the jungle shore
Looking back the tall cliffs fade. White horses carry us away.
The sea is churning, the wind blows cold. The world keeps turning the tale unfolds
The water deep and the ocean wide
I’ll see you on the other side.

Here in the place where the plates collide, the peak rises up so high it’s lost in cloud.
There in the last of the fading light the snow on the mountainside makes a perfect shroud.
High above on wings of light. Three generations cross the sky.
One mile down on the mountain road, the night is falling, the pass is closed.
The snow is deep and the mountain wide.
I’ll see you on the other side.

This is the place where the journey ends as a stranger becomes a friend on a distant shore.
Here where the waves and the sky collide, in a boat on the waterside we breathe once more.
Stone by stone we build a wall. The echoes build until it falls.
Rhyme and Reason are long long gone. Time and Season will carry on
The sun is gone and the moon is high.
I’ll see you on the other side.

Into the night the grey snake runs.
Tortured by fire tormented by guns.
Only to flee from the fighting all around.
Ony to see where some sense can be found.
With no blood on the sea and no bones on the ground.

With the coming of dawn the sun shining pale.
Stories are passed from her head to her tail.
Tales of a time before the fields turned to brown.
Before the walls came to split up the town.
Before the fires came to burn it down.

On through the night the snake can’t pause.
Soldiers would come and snatch her in their claws.
With nothing to feed on and no place to lie.
Out in the darkness some piece of her will die.
Black cloaked on black earth underneath a black sky.

A place that I no longer recognise
A world that’s leaving me behind.
Every wayward word is amplified and twisted.
The mood is savage and unkind.

As the innocent are crucified,
The guilty never take the blame.
Hate & Ignorance the virtues of the day.
They lack the grace to feel ashamed.

Beware the anti-social media.
Misinformation every day.
An echo chamber for the disconnected soul.
A force for chaos and decay.

I am a poltergeist in my own home
A ghost inside my own machine.
I can move things but I can’t be heard at all.
I can feel but not be seen.

How will I know when it’s time to go?
Will someone give me the nod?
When I’m tired, dull & uninspired.
When I’m just waiting for God.

‘Cos I’ve got used to rejection, it hardly hurts me at all.
Totally numb is what I’ve become, waiting for the curtain to fall.

If all your gods are made of paper, and all your castles of sand.
In this new age of truth decay and outrage
What do you have that will stand?

To Us All (C McMahon, P McMahon)

The morning sun shows clear my way
I see the path before me.
We must fight if we want to be free.
We must tear down the wall
Hear them whisper in silence to us all

I see the trees on the edge of my dream.
Calling me on they softly sigh.
Is this the road I should take?
Should I listen to their call?
Hear them crying in silence to us all.

Beautiful day, the sky is so clear today
The sun shining down.
Leaves on the trees, moved by a gentle breeze
That blows from the east, bringing shadows
So here am I, caught like a butterfly
Trapped in a jar, looking out through glass
Clinging on in vain
To memories of flight, helpless and paralysed
I wait for the pin.

In a town with a tower, lit by three moons.
See a face in the water, light will come soon.
Workers in your pits, sleep while you may.
Come dawn, tears awaken you to toil one more day.

Chorus
Look to the girl who holds a slow baby
Follow her up to the split river pass
Past the teeth of the north, the ancient lady
Talkers and fliers will soon feast their last.

Northshore river boatman, sail your Gift through the night.
Lift a whisper from the water, safe from the blight.
Watch on you three mendicants, take the root ‘til you choke.
Yellow flame, black of stone, reality in smoke.

Cruel beaks and talons, deadened by the years.
Feast on the flesh softened by tears.

In the towers, the awakeners sleep one night more.
Already the widow’s son stands at the shore.

A Call to Arms (P McMahon)

The snow is falling from a cloudless sky.
When did the summer turn so grey?
You pull the shutters down and dry your eyes.
Turn your head away.

The truth is buried in a shallow grave.
Just in case it’s still breathing.
Now is it justice or revenge you crave?
Suffering or healing?

I feel the earth shifting
Beneath my feet it’s drifting
The summer stars falling.
Another world calling, calling.

The perfect circle broken and twisted out of true.
The precious metal blistered, base metal showing through.
The vows have been unspoken, drowned in disbelief.
The veil has been lifted, dysfunction underneath.

And now you wonder where the cancer lies.
And hope it isn’t in your soul.
When all sensation is anaesthetised.
All you feel is cold.

I’ll take the blame everywhere.
How could I leave it lying there?
As if that ever mattered
Beside a world shattered, shattered.

The call to arms is screaming for a gathering of the clans.
They’re loading ammunition, preparing battle plans.
The livid sky is darkening, storm clouds block the sun.
The fury is unfolding, your enemy is gone.

Between the silence of the mountain.
And the violence of the sea
There is no hatred here, there’s nothing left to fear.
Watch the eagle rising free.

Into darkness we were born.
Underground our fathers lived their lives.
But we yearned for something more.
For it is written that all things strive.
We came to this city on the plain.
To build a home to find another kind of life.
A new race, never welcome in this place.
But we brought gold and she is always welcome underneath the sky.

Into the city the dark ones arrived.
The masters of religious law.
Looking for an ancient device.
Buried somewhere beneath these city walls.
We found, in a cavern underground.
A sound recording from millenia gone by.
We heard our forefathers speak the words,
That told us all of our history was lies, lies, lies.

When the dark ones heard the words.
With fear and hatred they were filled.
When they knew we too had heard.
They gave the order that we should be killed.
But there are signs that we use inside the mines,
And there are darker things that dwell much deeper down.
Dying in mud, with the last of my life’s blood.
I made the sign upon the wall that calls up
The Summoning Dark

Due to the current Covid-19 situation, we can't play a release show, but we will be livestreaming a performance of the CD from Cellar Studios on Sunday 5th July at 3pm from our facebook page. We've been broadcasting every Sunday at 3pm since 5th April, starting off with acoustic shows and building up to a 3 hour 42nd anniversary show on 31st May. You can still see all the broadcasts on facebook and on our youtube channel Haze playlist, and we're still continuing to livestream every Sunday, usually alternating an 'electric' show with an acoustic session each week.

Write to us via email!